If you have never had wine from New Zealand you are definitely missing something. I haven’t been to New Zealand, yet, but through a combination of a wine class on Australia & New Zealand and lots of self-study I have grown to love the wines from New Zealand.
This is week two of Pam’s honeymoon to New Zealand and I can only imagine the adventures she has already been on. For the first of this week’s two guest posts I thought I would share a few of the things I have learned about New Zealand wines and provide a review of a recent bottle of Marlborough Pinot Noir we enjoyed.
Grape growing and winemaking are found on both of the islands that make up New Zealand and wines are typically promoted based on the region from which they hail. New Zealand is broken into sixteen separately governed regions and these designations also carry over to the ten most active wine–making regions in the country. The most widely known wine regions are Marlborough and Hawkes Bay. Winemaking in New Zealand dates back to the middle 19th century, but the wine business that we know today didn’t really take off until the middle of the 20th century.
Sauvignon Blanc is the success story for New Zealand wines with critical acclaim beginning in the 1980’s and continuing to this day. The Marlborough region has been hailed by several critics as the finest region for the production of Sauvignon Blanc in the world. Pinot Noir is the standout red wine largely due to it being a better fit than other red varietals for the climate throughout much of New Zealand. There are several sub-regions however that are warmer and drier where Cabernet, Merlot and other red wine grapes do very well.

At a recent dinner party we tasted three New Zealand Pinot Noir’s, all from the Marlbrough region. The best of the three was the 2008 bottling from the Tohu (Tor-who) wine company. Tohu was the first Maori-owned wine company in the world, and according to their web site they strive to reflect their people’s passion for the land and agriculture in their wines. Good wine with a great story definitely increases its appeal for me!
We were met with cherries and berries on the nose. I also picked up a bit more earthiness in the nose than the other two wines we had tasted. This wine was silky with obvious, but balanced, oak and mild tannins. We paired it with braised lamb and a tomato & mushroom ragout over parmesan mashed potatoes. We also served a beet salad with feta cheese and slivered almonds. The wine and the food were a great match. The gaminess of the meat paired very well with the earthy flavors in the wine. The toasted almonds from the beet salad were a particularly interesting match for this wine, bringing out more of the wood and smoke. I would bet this wine will age well, but was plenty drinkable now.
Hopefully Pam has been enjoying some New Zealand wines and has some incredible stories to bring back and share. Check back on Friday when Margot and I share the story of our 10 year anniversary party we threw to celebrate our charmed life.
Cheers!
--Jason
Email Post 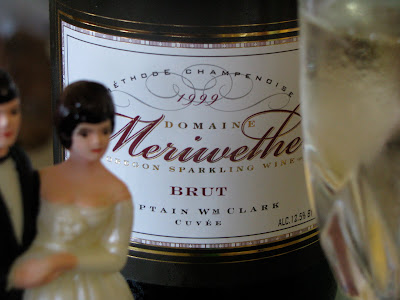 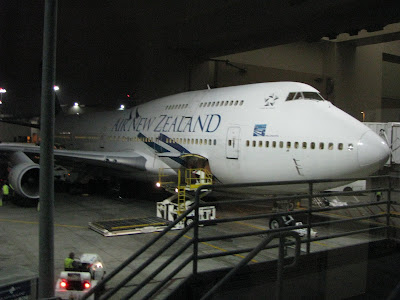 Pam @ Sticks Forks Fingers
Hand-crafted, fresh, seasonal and locally sourced food is my jam and Oregon is my playground. The vegetables, eggs, grains, meat and wine at my table most often are sourced from the committed and generous growers and ranchers within 100 miles of my house. Whether you are among the third of the earth's people who eat with sticks, the third who eat with forks, the third who uses your fingers or are like me and use them all, thanks for letting me share my journal with you.